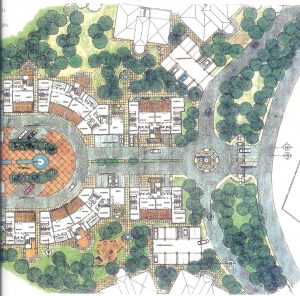 To remember the government powers – use the acronym PETE.

Police power is the authority of states, often delegated to local governments, to place restraints on the personal freedoms and property rights of individuals to promote public health, safety, morals, or general welfare.  The most important and BEST example of the exercise is zoning ordinances.

Nonconforming Use. The landowner is entitled to continue the pre-existing use as a matter of right.

Illegal Use.  A violation of zoning laws at the time it is put into use.

Special Use Permit.  To allow a deviation due to unique circumstances; e.g., a church or school located in a residential subdivision.

Overlay District.  Used as a coded overlay on all or parts of a zoning map; e.g., flood zone markings.

Spot Zoning.  The singling out of land for either special or restrictive treatment inconsistent with the zone in which the parcel is located.

In North Carolina, “spot zoning” is not automatically an illegal practice / automatically invalid; however, if it lacks a reasonable basis, then it will be void.

Planned Unit Development (PUD) – a special use permitted under a zoning ordinance that allows a developer to deviate construction on standard lots & develop tracts with varying land uses & densities.  The major feature of a PUD is flexible zoning to control & promote;

Eminent domain is the inherent power of the state to seize a citizen’s private property, or seize a citizen’s rights in property with due monetary compensation, but without the consent of the owner. The property is taken either for government use or by delegation to third parties who will devote it to public or civic use or, in some cases, economic development. The most common uses of property taken by eminent domain are for railroads, public utilities and highways.  Some jurisdictions require that the government body offer to purchase the property before resorting to the use of eminent domain.

The term “condemnation” is used to describe the formal act of the exercise of the power of eminent domain to transfer title to the property from its private owner to the government. This use of the word should not be confused with its sense of a declaration that real property, generally a building, has become so dilapidated as to be legally unfit for human habitation due to its physical defects. This type of condemnation of buildings (on grounds of health and safety hazards or gross zoning violation) usually does not deprive the owners of the title to the property condemned but requires them to rectify the offending situation or have the government do it for the owner at the latter’s expense.

Condemnation via eminent domain indicates the government is taking ownership of the property or a lesser interest in it, such as an easement.  In most cases the only thing that remains to be decided when a condemnation action is filed is the amount of just compensation, although in some cases the right to take may be challenged by the property owner on the grounds that the attempted taking is not for a public use, or has not been authorized by the legislature, or because the condemnor has not followed the proper procedure required by law.

Taxation is a charge on real estate that is used to pay for services provided by the government.

Escheat occurs when Property reverts to state ownership when an individual dies without a will and without heirs.  When you die without a will you would have died “intestate.”

To learn more about Government Powers & Control of Land Use, and the thirteen (13) Real Property Ownership / Interest questions you WILL see on the National section of the NC Real Estate Broker License Examination, – join your colleagues at one of our many live class offerings.